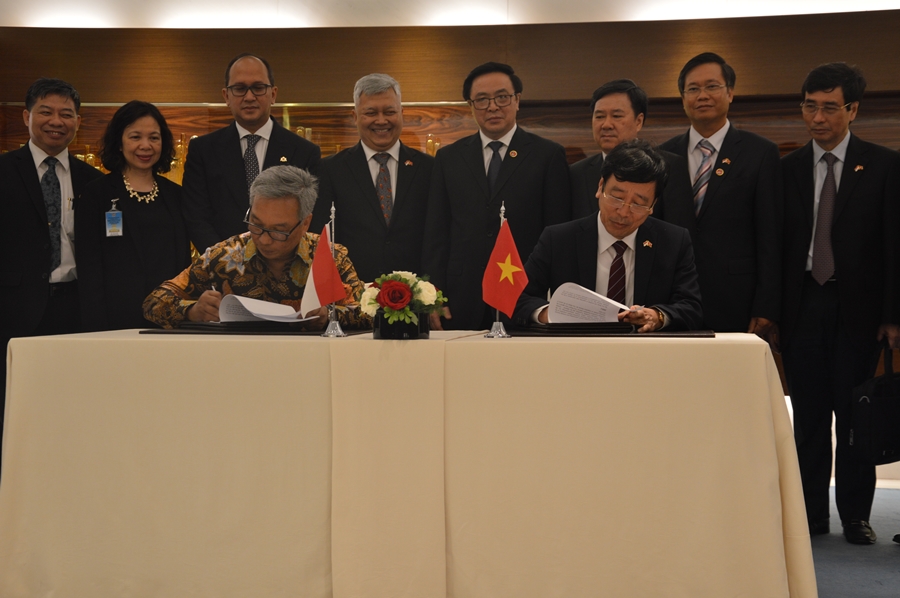 On 23 August 2017, Mr. Nguyen Dang Tien as the Chairman of VIFA and Mr. Budiarsa Sastrawinata as the Chairman of IVFA signed a MOU with an aim to consolidate mutual understanding and exchange between the people of Vietnam and Indonesia, promoting bilateral cooperation in the fields of politics, economy, culture, tourism, science-technology. The signing was witnessed by the Government member of Indonesia and Viet Nam.