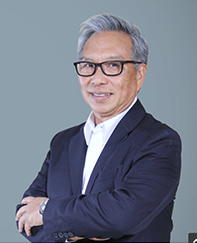 Article topic:
Assessment on people’s diplomacy/people’s exchanges between two countries; The activities of the Indonesia – Vietnam Friendship Association and the Associations contributing to the development of bilateral relations; Unforgettable memories or impressions on Vietnam’s country and people.

On the occasion of the 65th Anniversary of the establishment of Diplomatic Relations between Indonesia and Vietnam (December 30, 1955 – December 30 , 2020), on behalf of IVFA (Indonesia – Vietnam Friendship Association), I would like to express my thanks to the Embassy of Vietnam in Indonesia and Vietnam Report, press agency of the Ministry of Foreign Affairs of Vietnam for inviting me to contribute this article on the occasion of the 65 years diplomatic relation between Vietnam – Indonesia.

It is a real honor for me to share my feelings and thoughts, on the importance of the diplomatic relation between our two countries and share information on the activities and contributions of the Indonesia – Vietnam Friendship Association to the development and maintaining of the bilateral relations.

65 years ago, in December 1955 historic diplomatic relations were established between our two countries. At that time both countries respectively shared the common understanding against the colonialism and imperialism. Thereafter in 1959, when President Ho Chi Minh made the historic visit to Indonesia and reciprocated by President Sukarno visiting Vietnam on June in the same year. The relationship between Vietnam and Indonesia was further bonded. President Ho Chi Minh is popularly known as “Paman Ho” meaning Uncle Ho to the people of Indonesia. We would have never imagined that the impact of this friendship visit would last for so many years and lead to the creation of strong community ties and strategic partnership between Vietnam – Indonesia, serving the national interests of both countries. Today we see a strengthened friendship, common economic development objectives and an enhanced position of both Vietnam and Indonesia in South East Asia and around the world.

Over the past few years IVFA has coordinated with the Embassy of Vietnam in Indonesia and its Vietnamese partners to hold numerous events that have contributed to promoting the connection, friendship, and cooperation between the two countries. Notably the visit of H.E. Nguyen Phu Trong, General Secretary of the Communist Party of Viet Nam in 2017. During this important visit H.E Nguyen Phu Trong stated that he will look forward to further deepening the traditional friendship and strategic partnership between our country with a view to strengthen the political trust, consolidate the friendship, foster substantive cooperation between Vietnam and Indonesia, and establish new progress in the bilateral relations. In 2017, MOU was signed between VIFA (Vietnam – Indonesia Friendship Association) and IVFA (Indonesia-Vietnam Friendship Association) , with an aim to consolidate mutual understanding and exchange between the people of Vietnam and Indonesia, promoting bilateral cooperation in the fields of politics, economy, culture, tourism, science-technology. In 2018, Indonesian President H.E. Joko Widodo arrived in Hanoi, Vietnam, for a State Visit and attending World Economic Forum (WEF) on ASEAN.

Presently, IVFA is discussing with Jaya Raya Foundation (Indonesia’s most famous badminton training center, producing many successful badminton players that have gone on to become Olympic and All England champions) for sport exchanges activities between Indonesia and Vietnam. Additionally, IVFA is also in discussion with the Jakarta Art Institute for cultural exchange activities between Indonesia and Vietnam to be held in the near future.

For over 25 years now, I also have been actively involved in business activities in Vietnam. I have seen Vietnam and Indonesia have always had a close friendly relationship which is shown in our admiration and mutual respect. This spirit has helped strengthen the business cooperation of the private sector.

In the early 90’s our Ciputra Group started the development of Horison Hotel in Hanoi. It is a mixed-use complex consisting of five-star hotel and office tower. At present the hotel has been branded to Pullman Hanoi and the office tower is the head quarter office of Citibank Vietnam.

Following the above development, Ciputra Group was invited to participate in master planning, development and investment in Hanoi and participate in the development of integrated new city. This culminated in the participation in the development of pilot project Ciputra Hanoi International City Project – the first large scale integrated residential and commercial new satellite city to be built in Hanoi. Located just minutes from the city center of Hanoi, adjacent to the Red River and the historic West Lake, Ciputra Hanoi International City is an attractive location for business, residential and investment purposes.

Ciputra Hanoi International City is a 301-hectare new township consisting of landed and high-rise residential, community facilities, commercial centers and landscaped environment minutes away from the Hanoi CBD and the Noi Bai International Airport. Presently, the Stage 1 and 2 of the projects has been completed, which includes 15 high-rise apartment buildings, more than 1000 landed houses, schools and other facilities. Presently there are 8000 residents from over 80 countries living in the project.

In 2005, Ciputra Hanoi International City was invited by the Hanoi People’s Committee, Department of Culture, Sports and Tourism of Hanoi to co-found the Ciputra Hanoi Badminton Club which over the years has become a leading training center, discovering and training many young badminton talents for the Vietnam national team. We have sponsored the development of the sport of badminton by financially sponsoring the training, inviting foreign coaches, overseas training, international tournaments, and organization of the annual international badminton championships. Ciputra Hanoi International City is proud and honored to be able to make a long-term commitment to the success of sports development between Indonesia and Vietnam.

We are indeed in the midst of one of the most exciting times in Indonesia and Vietnam’s history, a time with great opportunity and promise. I believe that some significant parts were made possible by events that happened 65 years ago when diplomatic relations were established. For our part we will continue to foster the good friendship and corporation between Vietnam and Indonesia.

I am personally committed to continuing what was started 65 years ago, continuing the determination of both countries and the peoples of both our countries to further improve the Vietnam – Indonesia strategic partnership and traditional friendship and reinforced our political relations between the two countries creating a long lasting of brotherhood.